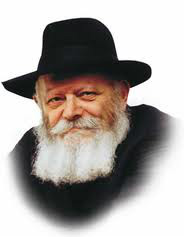 The Lubavitcher Rebbe, Rabbi Menachem Mendel Schneerson, of righteous memory (1902-1994), the seventh leader in the Chabad-Lubavitch dynasty, is considered to have been the most phenomenal Jewish personality of modern times. To hundreds of thousands of followers and millions of sympathizers and admirers around the world, he was -- and still is, despite his passing -- "the Rebbe," undoubtedly, the one individual more than any other singularly responsible for stirring the conscience and spiritual awakening of world Jewry.

The Rebbe was born in 1902, on the 11th day of Nissan, in Nikolaev, Russia, to the renowned kabbalist, talmudic scholar and leader Rabbi Levi Yitzchak andRebbetzin Chana Schneerson. Rebbetzin Chana (1880-1964) was known for her erudition, kindness and extraordinary accessibility. Her courage and ingenuity became legend when during her husband's exile by the Soviets to a remote village in Asian Russia she labored to make inks from herbs she gathered in the fields -- so that Rabbi Levi Yitzchak could continue writing his commentary on kabbalah and other Torah-subjects. The Rebbe was named after his great-grandfather, the third Rebbe, Rabbi Menachem Mendel of Lubavitch, with whom he later shared many characteristics.After the passing of his father-in-law, Rabbi Yosef Yitzchak Schneersohn, in 1950, Rabbi Menachem M. Schneerson reluctantly ascended to the leadership of the Lubavitch movement, whose headquarters at 770 Eastern Parkway in Brooklyn, New York. Soon Lubavitch institutions and activities took on new dimensions. The outreaching philosophy of Chabad-Lubavitch was translated into ever greater action, as Lubavitch centers andChabad Houses were opened in dozens of cities and university campuses around the world.

In April 2013, the Simons moved to Fallowfield to establish another link in this glorious chain at Manchester Universities.  We pray and hope that our campus programming would make the Rebbe proud.

To read more about the Rebbe, please visit www.therebbe.org.